State Superintendent of Public Instruction Tony Thurmond announced today that the California Department of Education (CDE) was awarded a federal Preschool Development Birth Through Five Initial Grant Award for $10,620,000 from the U.S. Department of Health and Human Services’ Administration for Children and Families. It was one of 45 states/territories that received the grant award.

Researchers have referenced time and again that a child’s performance in the education environment is based on both parent and teacher expectations; it’s no different for children in their early stages of learning. Childcare programs and families benefit from shared resources and information, which increase parents’ expectations of their children and add tools to the toolbelts of teachers to meet academic and social needs.

When it comes to books for young children, there’s no substitution for the real thing. Parents expressed more engagement when reading print books while simultaneously exhibiting an ability to get through more of the story in a five-minute time span.

Young children whose parents read them five books a day enter kindergarten having heard about 1.4 million more words than kids who were never read to, a new study found. This ‘million word gap’ could be one key in explaining differences in vocabulary and reading development.

California gets boost from federal government to expand early learning

Though California has been at odds with the federal government on many fronts, the state is getting a boost from the Trump administration to lay the groundwork for expanding preschool and child care programs.

Opinion: Why California should invest in early childhood education

Gov. Gavin Newsom’s budget proposal for early childhood education funding is thoughtful, realistic and evidence-based. Expansion of early care, health and education programs was one of Newsom’s major campaign promises, and his proposed budget outlines a plan for keeping that promise.

A case for high-quality early learning in California 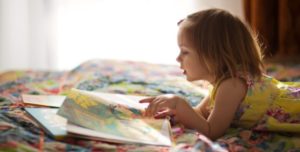 Gov.-elect Gavin Newsom is exactly right when he states that “early childhood education and affordable high-quality child care pays dividends for that child’s growth, and for our state’s economic growth.”

He eloquently made the case during the campaign and we concur: Early learning opportunities for infants, toddlers and preschoolers are crucial for their development, in terms of future educational attainment, adult earnings and lifetime well-being, and have two generational impacts by allowing families to work and thrive.

How to Help Your Child Develop Fine Motor Skills

Babies and toddlers develop fine and gross motor skills at their own pace. Some children develop some skills earlier than others, and that’s perfectly normal. Children usually begin to acquire these skills as early as 1 or 2 months old and continue to learn additional skills through preschool and early elementary school. 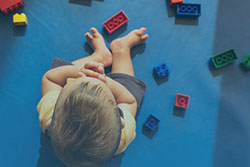 They analyzed the availability of licensed child care by county in Indiana, Maryland, Mississippi, Montana, North Carolina, Ohio, Oregon, and Vermont. They also studied the situation in the District of Columbia by ward.

They noted that in these areas there are more than five infants and toddlers for every licensed child-care slot, which is more than three times the ratio for children from 3 to 5.

5 Simple Ways to Encourage Brain Development In Your Little One 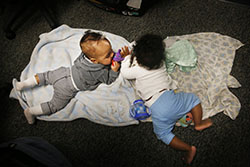 Early Learning in the United States: 2018

These fact sheets are part of an annual series examining early learning programs across the United States. See the 2016 fact sheet and 2017 fact sheet.

High-quality early learning programs are proven to provide short- and long-term benefits for children, giving them the basis for future success. Beyond benefits to child development and learning, child care is an economic necessity for the families of the nearly two-thirds of America’s children who have all available parents in the workforce. However, the high cost of child care puts it out of reach for too many families.

Young kids are being shuffled from one activity to another — in school and out. Why that’s bad for them. 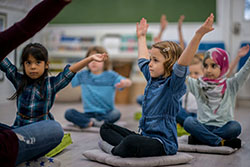 The trend toward these transitions and away from play-based early-childhood education is a result of the push for a bigger emphasis on academics in earlier grades, which is directly related to the rise in the use of standardized test scores as the most important metric of accountability for schools and teachers. Apart from the questionable use of the tests, other problems have developed for kids, who, at young ages, are being forced to sit at desks without sufficient breaks even though many do not have the skills to maintain focus for long. That violates what research has shown for many years: that young kids learn best through directed play that allows them to explore and solve problems away from a desk.

The Power of Play: A Pediatric Role in Enhancing Development in Young Children

Children need to develop a variety of skill sets to optimize their development and manage toxic stress. Research demonstrates that developmentally appropriate play with parents and peers is a singular opportunity to promote the social-emotional, cognitive, language, and self-regulation skills that build executive function and a prosocial brain. Furthermore, play supports the formation of the safe, stable, and nurturing relationships with all caregivers that children need to thrive.

Play is not frivolous: it enhances brain structure and function and promotes executive function (ie, the process of learning, rather than the content), which allow us to pursue goals and ignore distractions. Just 52 percent of the state’s 3- and 4-year-olds are enrolled in a pre-k program, and the shortage besets middle-class and poor families alike, researchers found after compiling data from a variety of state and local agencies.

A half-century of research has detailed the benefits of preschool for children’s early learning and later school achievement, including recent studies in four California counties.

A banner year in fundraising at UC Berkeley

ECEP received over $63,000 in donations during the 2017-2018 academic school. Thank you to all of our parents who donated to our program! We would also like to thank the generous donation received from the Bernard E. and Alba Witkin Charitable Foundation. Their continued support to children in Alameda and Contra Costa Counties make a big difference in our programs!

Congratulations to Renee Davis from the Haste Street Child Development Center for winning a 2016 Habitot Children’s Museum Bay Area Preschool Teacher Award! In its eighth year, the “Preschool Teachers Make a Difference” awards celebrate outstanding accomplishments of preschool teachers as leaders in the development of young children. The judges this year included Joan Suflita, Quality Improvement Coach at BANANAS Inc., Deborah Matthews, Educator & Berkeley Civic Leader, Asiya Jabbar, MA. Ed, Reaching Beyond Care Early and 2015 Bay Area Preschool Teacher Award winner. It’s an honor to have teachers like Renee on our staff, and a pleasure to see them recognized by the community for their excellent work.